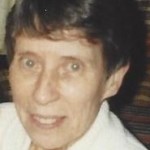 Anna E. Pensak, 94, died Friday evening at Lithia Valley Manor. She was born on Sept 21, 1920 to Julius and Amelia Rudat Pensak in Scranton. The fourth of twelve children. Anna grew-up on her parentā€™s farm and graduated from Brooklyn High School in 1938. After graduating from high school she worked first for Mr. and Mrs. Robinson near Hop Bottom in their milk delivery business and secondly for Dr. LLewlyn of Nicholson at his nursing care home.Ā Ā  In the early 1940ā€™s Anna decided to become a nurse. She moved to Philadelphia to attend Temple Nursing School and graduated as an RN in 1946. Anna worked as a nurse in Philadelphia for 36 years. For many years she enjoyed spending the summers at Cape May, N.J. with her beloved soul mate Charles Kaufmann who passed away in 1972. On several occasions over the years Anna returned to the Scranton Area for extended stays to help care for parents and siblings when health problems arose. In 1982 she retired and moved from Philadelphia to Tunkhannock where she was an active member of St. Paul Lutheran Church serving as the treasurer, with the alter Guild, and helping with church dinners. In 2010 Anna moved to Lithia Valley Manor in Factoryville where she lived until passing away. Annaā€™ family thanks Charlene and Shelton and the staff at Lithia Valley Manor that work hard to provide outstanding care the last five years.

She is survived by three sisters Eleanor Grick of Morgantown, Evelyn Whaite of Bethlehem and Jean Potts of Jermyn; two brothers Carl Pensak of Factoryville and Eddie Pensak of Saylorsburg. Ā She is also survived by many nieces and nephews.

Funeral services will be held Friday July 10th at 11 am at the St. Paulā€™s Lutheran church Rt. 6 Tunkhannock with pastor Murray Brindle officiating.Ā Ā  Friends may call Thursday from 6-8pm at the Harding-Litwin Funeral Home 123 W. Tioga St. Tunkhannock and on Friday an hour before service time at the church. Interment will be at the Evergreen Cemetery Brooklyn, PA. For directions or online condolences visit www.aplitwinfuneralhomes.com