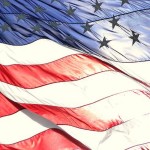 Bernard C. Lesko, 90, of Tunkhannock, formally of Allentown, NJ. passed away at the Golden Living
Center on Friday Dec. 12.  He was born Aug. 13, 1924 in Trenton, NJ.
The son of the late Bernard E. and Dorothy Philhower Lesko.  He was
married to the late Catherine Lesko for over 30 years.
After graduating high school Bernard proudly served his country in WWII as a
Radioman third class in the U.S. Navy during WWII. He was a graduate of American Television Institute of Technology in Chicago, Illinois with a BA of Science in Television Engineering. Before retiring he was employed by the Borough of Princeton as a Supervisor of Public Works Department in Princeton, NJ. He was a member of Levittown Lodge No. 788. He was very devoted to his animals and had many hobbies including caning chairs, refinishing furniture and making dollhouses.
He is survived by his two sons: Kirk and wife Wendy Hannah of
Tunkhannock and Joe and wife Margaret Robotin of Bordentown, NJ and 4 grandchildren, Brett and Brian Hannah and Rebecca and Stephanie Robotin.

In lieu of flowers donations can be made to the Griffin Pond Animal Shelter, 967 Griffin Pond Road, South Abington, PA. 18411.