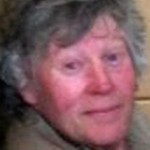 Calvin James McGregor, 62, of Factoryville died Thursday morning at home with his family by his side. Born in Scranton on January 15th, 1952; the son of Ruth “Herman” of Factoryville and the late James K. McGregor whom died on August 31st 2003. Calvin was a 1970 graduate of Tunkhannock Area School District. He was a Dairy Farmer who loved to work the land running his tractors, bailing hay and milking cows. A lifelong Dallas Cowboys fan and Phillies fan. Preceded in death beside his father and his twin brother whom died at birth. Surviving beside his mother is a sister Joan McGregor and a brother Robert McGregor (Dixie) and a nephew Scott McGregor all of Factoryville and several cousins. Funeral Service will be Saturday at 11am from the Harding –Litwin Funeral Home 123 W. Tioga St. Tunkhannock with Rev. Kristian G. Bjornstad of Peace Lutheran Church, Scranton. Friends may call at the funeral home an hour before service. Interment at Sunnyside Cemetery, Tunkhannock. Memorial contributions may be made to donor’s favorite charity.