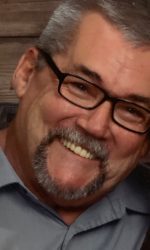 Carl S. Greenley Sr, 68, of Nicholson passed away at the
Allied Hospice Center on Nov. 12, 2021. Carl was born in
Meshoppen on June 29, 1953, and he was the son of the late
Carl F. and Sara E. (Sickler) Greenley. Carl grew up on the
family farm in Thurston Hollow, where he nurtured his love for
family and farming. Carl was a member of the Pilgrim
Holiness Church in Tunkhannock.
He graduated in 1971 from Tunkhannock High School where
he was part of the Chess Club. He was heavily involved in 4H
and will be honored by the group later this month.
Carl always enjoyed teaching his children and grandchildren
how to hunt (although we all know he was a terrible shot!),
fish, do the chores and the love of the outdoors including just
getting dirty. He coached multiple sports including football and
baseball. He always attended the kids games, animal
showings and events. As you can tell he tried his best to
never let anything slow him down.
In addition to his parents, he is preceded in death by a
nephew Josh Greenley.
He is survived by his wife Mary Greenley; Daughter: Rachel
Greenley and wife Belinda of NC, Son: Carl S. Greenley Jr,
and wife Janice of TX, Daughter: Suzanne Greenley and
husband Hassan of NC, Son: Dillon Greenley and wife
Leeann of Nicholson, Son:Jeremy Greenley and wife
Samantha of Nicholson, Son: Chris Marvin and wife Colleen
of Taylor, Son: Josh Marvin and wife Mindy of Dunmore, Son:
Bobby Pluta of Hop Bottom, Son: Danny Pluta and wife
Danielle of FL, and Son: Ryan Pluta and wife Ellen of NY. He
was a beloved Poppa to 20 grandchildren and 2
great-grandchildren.
In addition, Siblings: Charles Greenley and Wife Teri, of
Tunkhannock, John Greenley and wife Jackie of
Tunkhannock, Sheri Greenley Newhart of Tunkhannock, and
James Greenley and wife Marne of Tunkhannock, and
countless nieces and nephews.
A memorial service will be held Monday November 15, 2021
at Pilgrim Holiness Church 102 West St, Tunkhannock.
Visitation: 10AM
Service: 11AM
For online condolences or directions visit
www.aplitwinfuneralhomes.com