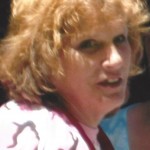 Cathy A. Walker, 55, of Tunkhannock died at her home on Sunday. She was born in Scranton on July 27th 1959. She was the daughter of Vincent J. Scavazzo and his wife Catherine of Tunkhannock and her mother the late former Dorothy Martin.
Cathy graduated From Tunkhannock Area High School and she enjoyed Cooking and Knitting.
She was preceded in death by her mother Dorothy and her paternal grandparents Vincent and Ann Scavazzo, Sr., and her maternal grandparents John and Mary Martin.
In addition to her father Cathy is survived by her companion Billy Baker of Tunkhannock, brother John and wife Catherine of Laceyville, and brother Jeffrey and wife Lorraine Clune of Friendsville.
A blessing service will be held at the Harding-Litwin Funeral Home 123 W. Tioga St. Tunkhannock on Thurs. June 25 at 7pm with Fr. Richard J. Polmounter, Pastor of Nativity BVM Church in Tunkhannock officiating. A viewing will be held at the funeral home from 5pm until the time of the service. Interment will be private at the convenience of the family. For directions or online condolences visit www.aplitwinfuneralhomes.com