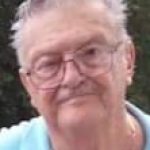 Charles J. Puterbaugh Jr., 81, passed away Thursday at Geisinger C.M.C. Charles was born April 27, 1939 and was the son of the late Charles and Mildred Pringle Puterbaugh Sr.

In addition to his parents Charles is preceded in death by his two brothers Lester and Buster as well as his sister Mary Miller and granddaughter Jessica Benuska ,along with son-in-law Kenneth Swartz.

Charles attended Tunkhannock high school and went on to become a jet mechanic in the Air Force before working for Procter and Gamble for several years. He married his wife Anna Steinruck ( the love of his life) on April 28, 1962 and could often be found hunting and fishing. Charles loved gardening,model trains,  working with his hands especially with carpentry and was always known for showing love to his family.

A memorial service will be private at the convenience of the family. For online condolences please visit www.aplitwinfuneralhomes.com