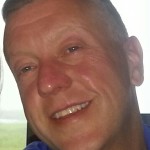 Clifford Jay Hoffman, 47, of Factoryville died Wednesday Sept. 9, 2015 at Moses Taylor Hospital, Scranton. Born in Scranton on March 19, 1968 the son of the late Clifford Jay Hoffman Sr. and Marie Masters of Scranton. He was married the former Pamela Manning on Dec. 5, 1992.
Cliff was a 1986 graduate of Scranton Central High School. Cliff was the director of the Juvenile Detention Unit of Lackawanna County. He loved spending time with his family especially going on family vacations. Cliff was a member of the Moscow F&AM Masonic Lodge No.504 and Knights of Pythias. He was a part time bartender at the Glenn Oaks Country Club and enjoyed golfing.
In additional to his father Cliff is preceded in death by his mother in law Hope Manning.
Surviving are three sons Addison, Brycen and Colton all living at home. Father in law Alexander and his wife Nancy Manning of Factoryville. Several aunts, uncles, and cousins.
Funeral service will be held at Trinity Lutheran Church 205 W. Grove St. Clarks Summit, PA on Saturday Sept.12, 2015 at 9:30am with Pastor George J. Mathews, Jr. presiding and friends are asked to go directly to church. Friends may call on Friday 4 to 7 pm from the Anthony P. Litwin Jr. Funeral homes, Inc. 33 Reynolds St. Factoryville, Interment will be at Dunmore Cemetery. In lieu of flowers memorial contributions may be made to the National Kidney Foundation 30 East 33rd St. New York, NY 10016 For online condolences or directions visit www.aplitwinfuneralhomes.com