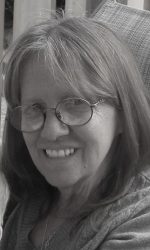 Constance “Connie” Ann Snyder, 66, of Factoryville, passed away at the Geisinger

Connie was born on August 21, 1951 in Meshoppen, PA. and she was the daughter of

the late Hazel Strope. She was a graduate of Troy High School in 1969.

life, Jeffrey Snyder of Factoryville. They spent 15 amazing years together and they were

married on June 8, 2013. Connie changed careers and retired from CareGivers of

America in August 2016. After retirement Connie enjoyed reading, gardening, and

spending time with her many grandchildren.

In addition to her husband Connie is survived by three children; Sandra (Sam) and

and Bryce Snyder of Tunkhannock, PA; six brothers and sisters; Charlie Suydam of

A memorial service will be held November 4, 2017 at 11am from the Forkston United Methodist

Cemetery. In lieu of flowers memorial contributions may be made to the Ronald