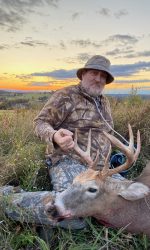 Share Print
Dean E. Carichner, 59, of Tunkhannock passed away after a long battle with COPD on May 19th at his home with his son by his side.
Dean was born in Tunkhannock on April 23rd 1963. He was the son of the late Daniel and Sarah Ayers Carichner.
Dean was married to the late former Franny Madill whom he adored and missed very much.  Dean owned and operated Mountain Side Landscaping.
He was a graduate of the Tunkhannock High School, and he enjoyed landscaping, excavating, riding his side-by-side, motorcycles , “gardening”,  hunting, and his dogs Max and Rusty.
In addition to his wife and parents Dean is preceded in death by his sons Matthew and Dana Carichner.
He is survived by his son Joey Carichner, and brothers David and Donald Carichner.
A celebration of life will be held in his honor at a later date.