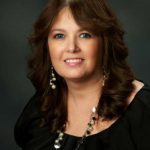 Debra Ann Gay, 51, of Tunkhannock passed away at her home Saturday morning.  She was born in Newark, NJ on Nov. 17, 1966 and she was the daughter of Barry Richard Weiss and the late JoAnne F. Patanio Weiss who passed in 1999.  She was married to Richard S. Gay.  Debra was a 1985 graduate of the Tunkhannock High School and she worked as a Bank Manager for the Community Bank and Trust.

Debbie enjoyed her many collections including  many Barbie Dolls and Santa’s and Christmas  Ornaments  of all kinds. She loved decorating for each season. Debbie loved her cats and dogs and they could  more  often than not be found sleeping  on her lap. She will  be   greatly missed by all her family  and many friends.

Funeral services will be held Wednesday at 10am from the Harding-Litwin Funeral Home 123 W. Tioga St. Tunkhannock, with Pastor Scott Ryan of the Meshoppen United Methodist Church officiating.  A viewing will be held at the funeral home Tuesday from 5-7pm.  Interment will be at the Fern Knoll Cemetery, Dallas.  For online condolences or directions visit www.aplitwinfuneralhomes.com