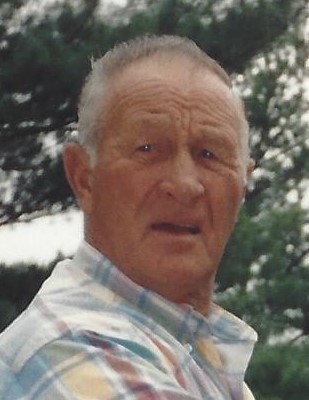 Donald Robert Rood, 85, of Nicholson passed away at The Gardens of Tunkhannock on Dec. 20, 2017.  He was married to Rachel Kenyon Schiavone.

He was born on Nov 11, 1932 in South Gibson and he was the third of nine children.  Donald’s parents were the late Herbert Rood and Madeline Rood Strickland.  He was raised in Lenoxville, Pa. and he attended Harford High School.  He was a cook in the U.S. Air Force serving in Korea.  Stone quarrying was in his blood from a young age.  He quarried stone all his life.

A memorial service will be held at 7pm at the Harding-Litwin Funeral Home 123 W. Tioga St. on Friday Dec. 22nd with Pastor Leslie Bullock of the First Presbyterian Church of Nicholson officiating.  A visitation will be held from 6pm until the time of the service  Interment will be private at the convenience of the family at the Nicholson Cemetery.