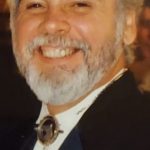 Edward Joseph Smith, 72, of Springville passed away at his home on Nov. 20, 2020.  He was born in Elmont, N.Y. on Feb. 7, 1948 and he was the son of the late Joseph and Rose Dowdell Smith.  Ed married the former Karen Catherine Comiskey on June 27, 1981. Ed was a graduate of Jamaica High School, and was the owner of the All American Pest Control in Ronkonkoma, N.Y.

Ed couldn’t wait to leave Long Island to move up to the family property. He and his wife made their lives on the Rocky Pine Ranch for the past 26 years.

Anywhere he went, he usually met someone that he knew, and on those rare occasions that he didn’t know someone, he quickly made them his new friends. He was a big fan of 50s and 60s doo-wop and rock and roll, taking every opportunity to stop and dance- even if it was in the middle of a store.

Ed was the president of Hi-Lites Motor Club and past vice president of Still Cruisin’ Car Club on Long Island. He was a car collector and always had a garage full of cars, including his current prize, his 1954 Ford.

He never met an animal he didn’t like, and was probably greeted by his faithful four legged companions: Buck, Dusty, Brew, Crystal, Desperado, and Midnight, who will all be looking for a cookie.

Ed was a greaser, a cowboy, a putter-er, a gear head,and a gentleman who always had a lollipop in his pocket and will be missed by everyone who knew him.

In addition to his parents, Ed is preceded in death by a son David who passed away in 2019.

In addition to his wife, he is survived by his children Carolyn Smith and husband Mike of Springville and Colleen McAleer and husband Scott of Auburn Center; sisters Rose Amereno of Farmingdale, NY, Mary LaManna and husband Donald of Florida; mother in law Ruthie Comiskey of Tunkhannock; brothers in law Steve Comiskey and wife Sally of Washington, DC, Patrick Comiskey and wife Anne of Gilbert, Arizona; grandchildren Vanessa Smith, and Catherine and Joseph McAleer, and many nieces and nephews.

A graveside service will be held at Ed’s residence on Nov. 29th at 3 p.m. with Rev. Lou Divis officiating.  A viewing will be held from 12 until 2 p.m. at the Harding-Litwin Funeral Home 123 W. Tioga St. Tunkhannock, Pa. 18657.  Those attending the graveside services are asked to come to the funeral home by 2:30pm.  For online condolences or directions visit www.aplitwinfunerahomes.com