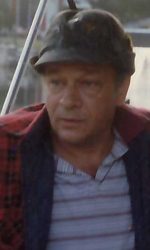 Share Print
Edward Laytos Sr. passed away Monday March 15, 2021 at his home after bravely battling many health issues over the past several years. Born in Scranton on June 9th, 1938, he was the son of the late Peter Laytos and Sophie Lubeck. He was married to the former Marilyn Morris.
In addition to his parents Edward is preceded in death by his sister Nancy Laytos.
He is survived by their 3 children, Jacki Laytos O’Leary and husband Mike of Lake Meade, PA, Cindy Laytos Wildrick and husband Rich of Sweet Valley, PA and Edward Laytos Jr and wife Jackie of Factoryville, PA along with 7 grandchildren and 6 great grandchildren. He was an employee of Chamberlin Manufacturing of Scranton for many years before his retirement. Ed was an avid outdoorsman who loved to hunt and fish. He will be dearly missed by family and his many loyal friends who often called on him on the mountain for a game of cards or colorful conversations. The family would like to thank the many caregivers who helped him and kept him comfortable over the past few years. A celebration of Ed’s life will be held on the mountain at a later date decided upon by his family. Arrangements by Anthony P. Litwin jr. Funeral homes, Inc., Factoryville.