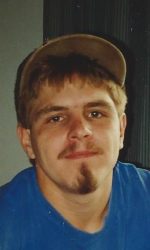 Share Print
Frank Eddy Cook, 42, of Nicholson passed away at his home on July 1st.  He was born in Syracuse, NY, on Oct. 24, 1973 and he was the son of the late Earl, Sr. and Katherinea Dyer Cook.  Frank worked for almost 20 years at Nivert Steel in Dunmore and was recently self employed.
Frank Enjoyed hunting, fishing, going to the local races, spending time with family and friends.  He always enjoyed get togethers and singing and quoting some of his favorite songs, especially Hank Williams Jr.
Frank is preceded in death by his parents.
Frank is survived by his daughter Shealy Cook and her mom Amy of West Nicholson, brothers; Earl W. Cook, Jr. of Tunkhannock, Wally and wife Alisha Cook of Tunkhannock, Earl IV and wife Stephanie Cook of West Nicholson, Steve Cook of Nicholson, a sister Judy Nunes and husband Charlie of Virginia, nephew Cody Lee Cook, and nieces Kara and Katlyn Cook and several aunts, uncles and cousins.
A memorial service will be held Thursday at 4pm at the Harding-Litwin Funeral Home 123 W. Tioga St. Tunkhannock, with Pastor John Shaffer of the Nicholson United Methodist Church officiating.  A viewing will be held at the funeral home from 2pm until the start of the service.  For online condolences or direction visit www.aplitinfuneralhomes.com