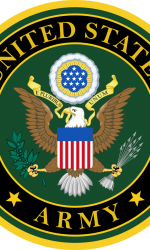 Mike Graduated from Tunkhannock Area High School 1958. Served his country serving in the U.S. Army. He was a lineman for Penelec. Enjoyed driving Black Beauty, 1996 Chevy Caprice with a Corvette engine. Mike was a soft-spoken man with incredible work ethic and would be instant friends with anyone he met.

Mike is survived by his two sisters Marian J, Stroka of Tunkhannock, and Ann M. Coliskey of Jacksonville, FL: an aunt, several nieces and nephews and cousins.