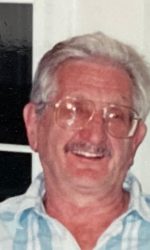 The memorial service will be private, and internment held at St. Joachim’s Cemetery, Meshoppen, PA.

Dr.  Frederick Peter Litwin was the Director of Pathology for the Washington Hospital Center and a leading member of the medical community in the Washington, D. C. Metropolitan Area.

After his retirement, Dr. Litwin enjoyed travel, hiking and biking on the C & O Canal, cooking, gardening, reading and listening to classical music and spending time with his grandchildren.