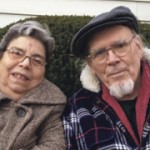 Dr. George W. (Bill) Lawn, 94, of Factoryville, PA peacefully passed away January 17,
2015 at home, having been lovingly cared for by his daughter Mary Truitt and
her family.

Dr. Lawn was educated in the parochial and public schools of DuBois, PA and
graduated in 1938. In 1942 he enlisted in the U.S. Navy, serving on a minesweeper in the
Mediterranean as pharmacist’s mate. When the ship struck two mines during the
invasion of Southern France, half the ship’s crew were casualties. As a hospital
corpsman and sole medical person on board, he was awarded the Navy and Marine Corps Medal for
“probably saving the lives of sixteen men.” Dr. Lawn documented his experience in An Account of the Sinking of the USS YMS 24. In 2005, the French Ambassador to the US, in a ceremony at Chautauqua
Institution, presented Dr. Lawn with the insignia of “Chevalier” in the Order of the Legion
of Honor. He was honored to be counted among the recipients of this prestigious medal. Dr. Lawn benefited from the GI Bill of Rights, graduating from the Physical Therapy program at Columbia University in NYC. He received a Masters Degree in Education from NYU and earned a Doctor of Mechanotherapy from Great Lakes College in Cleveland, OH. Dr. Lawn became the first physical therapist at the University of Buffalo, serving as the Chief Physical Therapist at the Chronic Disease Research Institute where he was instrumental in establishing the PT program. Dr. Lawn was the first
university-trained physical therapist in Jamestown where he organized the PT Department at WCA
Hospital, which became a model for Western New York. He served as Director of that
department until retirement in 1984 when he offered Back Injury Prevention Programs to the industrial community. Dr. Lawn served on Governor Rockefeller’s Statewide Planning for Vocational Rehabilitation Commission as chair of the Three County Committee and chaired several committees of the Health Organization of WNY, including the Rural Extern Program and Health Manpower Council. He was active in the American Physical Therapy Association and a charter member of the Private Practice and Administration Sections. In 1971 he was the first recipient of the Distinguished Service Award of the WNY district. In 1983 a scholarship was awarded in his name by the WNY PT Management Forum.

Dr. Lawn was active in the local chapters of the National Foundation for Infantile Paralysis, the Easter Seals Society, the Muscular Dystrophy Association and for many years served on the board of directors of the Chautauqua Region Multiple Sclerosis Society. An occasional contributor to professional literature, he published several articles on the management of clubfoot in infants with his long-time friend, Dr. Maurice Furlong.

George was an active member of his community. He and his wife Irene were co-chairs of the Christian Family Movement and members of SS Peter and Paul Church. George was proud to be one of thousands of non-violent demonstrators to march with Dr. Martin Luther King, Jr. in the Selma to Montgomery Freedom March in 1965. His pursuit of social justice led him to be twice named to the Jamestown Human Rights Commission. He was a member of the Southern Chautauqua County Action Committee for Urban Renewal and chaired its minority housing committee. He was on the study commission on
problems of the aging and on the board of Citizens Opportunity for Development and Equality
(CODE) George was active in the Downtown Dialog for Race Unity and was a member of the
Racial Justice Committee of YWCA and the steering committee of the Underground Railway Tableau in Dow Park. In 1998 Dr. Lawn and his wife, Irene, received the T. Richard Parker award for
Social Justice from the Unitarian Universalist Church of Jamestown. In 2001 he
recounted his years in the civil rights movement in the book, Race, Religion and Urban
Renewal, Jamestown in the Sixties. George is well remembered for his social justice
activities and positively impacted many lives in that regard.

As a youth, Bill (as he was known by family) was active in the scouting movement and was the first of three generations of Eagle Scouts. Bill received his Eagle in 1942, his son Gregory in 1986, and grandson Anthony in 2014. Bill was the editor of The Veteran Explorer, published monthly by Troop 29 starting in 1940. Bill was an active scoutmaster for Troop 29 as a young adult and many years later was a committee member for his son’s Troop 135 in Jamestown. He developed a love of nature and the environment and led his family in many adventures in a converted school bus named “Old Charley” long before RVs were popular. He entertained many a generation around the campfire with his storytelling during camping trips to Allegheny State Park and on the beach of Lake Erie. Dr. Lawn and his
wife traveled throughout the US and many foreign countries.
During his golden years Bill devoted his time to preserving his family history and wrote The Story of the Lawns and presented a book to each family member during the last camping reunion in 2010 at
Letchworth State Park.

Burial will be in Holy Cross Cemetery, Jamestown, NY.