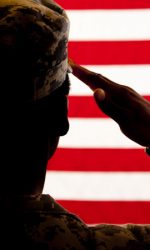 Share Print
Harvey Nelson Montanye,80, of Tunkhannock passed away at The Gardens of Tunkhannock on March 10,2022. Harvey was born in Mill City, PA on December 20,1941. He was the son of the late John Harvey Montanye and the late former Nita Love Bennett. Harvey was married to the late Sandra Montanye who passed away in 2019.
Harvey was a graduate of the Tunkhannock High School. He served in the Army and was a long time employee of P&G. He was a former member of the Triton Hose Company, loved watching football and spending time with family.
He is survived by his daughter Jacki StClair and husband John of Tunkhannock. Also twin brother Harry Montanye of Tunkhannock, brother Steve Montanye of Kalamazoo, Michigan and sister Rosemary MaGill of Port Charlotte, Florida. He had two grandchildren Ashley Ridall of Tunkhannock and Jordan Poindexter of Fairborn, Ohio and three great-grandchildren.
Services will be private at the convenience of the family.