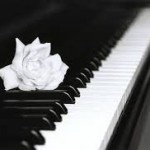 Helen Dorothy Davidson, 82, of Tunkhannock passed away at the Golden Living Center Friday morning.  She was born on Feb. 4, 1933 in Tunkhannock and she was the daughter of the late Robert and Irene Murray Davidson.  She was a graduate from the Tunkhannock High School.  Helen was employed for many years at the Commonwealth Telephone company as a secretary.
In addition to her parents Helen is preceded by a brother Robert Samuel Davidson
She is survived by a sister Clara Davis, of Tunkhannock and a sister Jean Crumb of Bloomsburg.
Funeral service will be private at the convenience of the family
For online condolences visit www.aplitwinfuneralhomes.com.