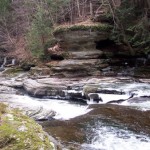 James John Molecavage, 61, of Tunkhannock passed away Wednesday at the Wilkes-Barre General Hospital. James was born in Wilkes-barre on July 25, 1953, the son the late Charles J. Molecavage and the former Irene Pembleton. He was married to the late Marilyn Molecavage.

James was employed at College Miseracordia in the kitchen and he enjoyed his work and spending time with Friends.

In addition to his wife and Father James is preceded in death by a brother Thomas Molecavage.

In addition to his mother James is survived by his sisters Antoinette Frazier of Hanover Twp., Donna and husband Michael Bly of Wilkes-Barre, Brother Charles and wife Eileen Molecavage of Glen Lynon, sister Sandy and husband Gary Kocker of Texas, brother David and wife Joy Molecavage of Florida, and brother John and Wife Lori Molecavage of Tunkhannock, Daughters Jennifer Tomiacik, and Michele Molecavage, and many nieces and nephews.

A memorial service will be held Sunday Feb. 22 at 4pm from the Harding-Litwin Funeral Home 123 W. Tioga Tunkhannock with Pastor Gary Myers of the Biblical Baptist Church officiating. The family would like to thank Paula and the Golden Living Center staff for their care for James for over 10 years. For online condolences or directions visit www.aplitwinfuneralhomes.com