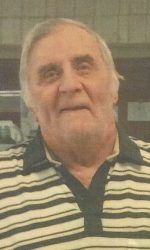 Jeff was a 1958 graduate of Lackawanna Trail High School, prior to retiring worked at Procter and Gamble as a welder.  He enjoyed watching the Dallas Cowboys. He loved the outdoors tinkering in the yard and also hunting. He also enjoyed going to Camp Zimmerman.

He was preceded in death besides his wife and by his brother Jerry Wilbur.