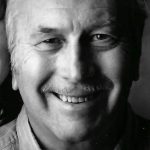 Share Print
John Joseph Kman, 88, of Factoryville passed away at the Regional Hospital of Scranton on Jan. 16, 2020.  Born Mar. 16, 1931 in Dickson City, he was the son of the late Stanley and Mary Byer Kman.  John was a 1948 graduate of the Dickson City High School and soon after joined the Air Force.  Later, in 1963, John married the former Mary Alice Trapper, and together they raised a loving family.  He was a member of Our Lady of the Abingtons Church.

John enjoyed fishing, growing his own garden, bowling, playing pool, collecting baseball cards, carving personalized walking sticks, and watching western movies, among numerous other passions and hobbies.  He also served as commander of the American Legion Olin R. Wheelock Post 375 in Factoryville, and has been with the Legion for at least 20 years.  John served in the Air Force during the Korean War, with assignments in Mitchel Field, N.Y.; Camp Kilmer, N.J.; and Sheepshead Bay, N.Y.

Over the course of his career, John worked for Connecticut-based Sikorsky Helicopters in the experimental department, then Rowe Manufacturing and later General Dynamics in Eynon. He will be remembered as a faithful confidant with a powerful sense of humor who made everyone laugh, especially his family. A friend to all, John was a beloved husband, father and grandfather.

In addition to his parents, John is preceded in death by brothers Michael and Stanley Kman.

A blessing service will be held on Monday Jan 20th at 10am from the Anthony P. Litwin, Jr. Funeral Home 33 Reynolds St. Factoryville with Rev.  Arbogaste Satoun officiating.  Interment will follow at the Evergreen-Woodlawn Cemetery Factoryville.  A viewing will be held at the funeral home Sunday from 2pm until 4pm.  In lieu of flowers memorial contributions may be made to the Griffin pond Animal Shelter 967 Griffin Pond Rd, South Abington Township, PA 18411.  For online condolences or directions visit www.aplitwinfuneralhomes.com.