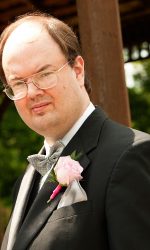 Share Print
Dr. John Scott O’Leary, 52, of Tunkhannock passed away Jan. 28, 2017.  He was born June 6, 1964 and he was the son of late Raymond O’Leary and the former Joan Melanie Doscher.  John was married to the former Yolande Fattal.
John was a graduate from Indiana University of Pennsylvania where he earned his PsyD degree in Psychology. He had his own Psychology practice over the years. (Prior to that he earned his undergraduate degree in Accounting.)
John was an avid fan of sports. He was an umpire for a local league. His love for the game of Chess led him to many tournaments over the years where he would be in the top finalists.   He loved comedy and had an amazing sense of humor.
He is preceded in death by his father, Raymond O’Leary and his grandmother, Nellie Doscher and grandfather, Herman Doscher, whom he dearly loved,
He is survived by his wife Yolande O’Leary and his mother Joan O’Leary and his half brother, Chat O’Leary.  He was so very loved by his family and friends.

A mass of Christian burial will be held Tuesday 10am from the Saint Nicholas Catholic Church 226 South Washington St. Wilkes-Barre Pa. 18701.  Interment will follow at the Orcutts Grove Cemetery, Noxen.  For online condolences visit www.aplitwinfuneralhomes.com