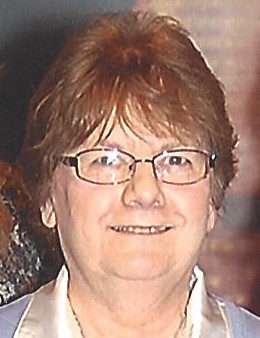 Margaret A. Moffitt, 76, of Tunkhannock died Thursday Evening 5/31/2018 at Allied Services Hospice, Scranton. Peggy was born in Scranton on April 18, 1942 and she was the daughter of the late William and Theresa Renshaw Condon. Peggy’s  husband was the late Joseph John Moffitt of Tunkhannock who died in 1979.

Peggy was a 1960 graduate of St. Patrick’s High School in Scranton and she was a member of the Nativity B.V.M Church, Tunkhannock. She enjoyed traveling, especially her annual trips to Florida to Universal Studios and Disney World and trips to Ireland and Scotland. Peggy also loved animals, going to the beach, Penn State football games, music and dancing. Above all else, Peggy loved spending time with her family and grandchildren.  Peggy was one of the kindest and most loving people. She was always happy to help anyone whenever she could. She left a lasting impression on anyone she met and will be greatly missed.

In addition to her parents and husband, Peggy is preceded in death by three sisters, Mary Preston, Theresa Coyne and Anne Condon and three brothers John, William and Francis Condon.

A mass of Christian burial will be held Tuesday 6/5/2018 at 10 am from the Nativity B.V.M Church with Father Patrick Albert officiating. Friends may call from 6-8pm on Monday 6/4/2018 at the Harding-Litwin Funeral Home 123 W. Tioga St., Tunkhannock.  Interment Pieta Cemetery, Tunkhannock.  For online condolences or directions visit www.aplitwinfuneralhomes.com.