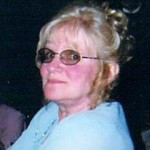 Marilyn D. Batzel, 67, of Clifford Twp. Died Monday morning January 12, 2015 at home surrounded by her family.
Born in Saratoga Springs, NY on April 17th, 1947, the daughter of the late William H. and Nancy Mohan Moss. Her husband of 35 years is Gerald Batzel. Marilyn graduated from Saint Paul’s High School, Green Ridge. Prior to retirement she had worked for the NEIU #19 as a teacher’s assistant. The children she worked with touched her life in many ways just as she touched their lives.

A Celebration of Marilyn’s Life will be on Saturday at 4pm from the Anthony P. Litwin Jr. Funeral Homes, Inc. 33 Reynolds St. Factoryville with Pastor Lori Robinson officiating friends may call from 2 to 4 pm at the funeral home. The family would like to express a special “Thank You” to Traditional Home Health and Hospice for their care and attention to Marilyn as well as the loving support they offered to the family at this difficult time. Memorial Contributions may be made in Marilyn’s memory to Traditional Home Health and Hospice 113 West Drinker Street Dunmore, PA 18512 and to Alzheimer’s Association 57 North Franklin Street, Wilkes-Barre, PA 18701