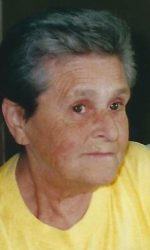 Marion I. Drake, 88 , of Tunkhannock passed away March 13, 2022 at The Gardens of Tunkhannock.  She was born on Dec. 31, 1933 in Elmira, Ny, and she was the daughter of the late Collin Goodwin and the late former Helen Walker Goodwin.

Marion attended the Lake Sheridan Bible Chapel, she loved going to yard sales, ceramics, and spending time with her grandchildren.

Funeral service will be held Wednesday March 16 at 2pm from the Harding-Litwin Funeral Home 123 W. Tioga St. Tunkhannock, with Pastor James Wentz, officiating.  A viewing will be held from 1pm until the time of the service.