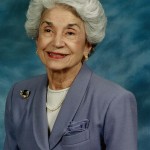 Mary Carlson (née Notaras), 93, a former resident of Oshkosh, passed
away peacefully, in Scranton, Pennsylvania, on Saturday, January 24,
2015. Daughter of the late George and Kay Notaras.

She graduated from Appleton High School and attended Lawrence
University where she was a member of the Kappa Delta Sorority.

Mary and her late husband, Arthur Edward Carlson, lived in Appleton,
Dayton, Erie, Philadelphia, Cleveland and Newton, Iowa, before
returning to the Fox River area. They were members of the Oshkosh
Country Club and the Candlelight Club.

Mary was a member of the Women’s Reading Club of Oshkosh, several
bridge clubs and a member of PEO. While living in Iowa, she was
President of the Women’s Auxiliary of Skiff Memorial Hospital. Mary
was a world traveler having visited every continent except Antarctica.

In lieu of flowers, contributions may be made to the charity of your choice.