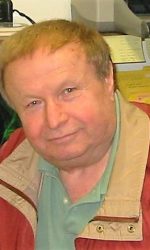 Myron James Olson (known to his friends as “Ole”) passed away at home on September 8, 2016.  He was born in Brookings, South Dakota on January 29, 1942.  He was the son of the late Clifford Robert Olson and Inez Miriam Dahl.  His ancestors emigrated from Bergen, Norway and homesteaded lands in eastern South Dakota in 1823.  He was a member of the Brookings Lutheran Church. The large family owned many of the farms in the area.

Myron attended a one-room school house through 8th grade and moved on to Brookings High School, where he graduated in 1960.  He is still close friends with many of his classmates.

After graduation he served in the Army for two years and then returned to the family farm in Brookings when his destiny changed forever.  He discovered aviation and earned his pilot’s license in 1962.  After flying and working in airplane maintenance for three years, he enrolled in Spartan School of Aviation in Tulsa, OK.  While there he earned his A&P (Airframe and Powerplant) license and his commercial pilot’s license.  Immediately after graduation he was hired by United Air Lines in 1968 and worked at LaGuardia Airport as a line mechanic. He always made it clear he was not fond of New York and took the first available transfer, moving to Los Angeles in 1969, where he met his wife, Diane Skorich.  They were married in 1970 in Las Vegas.  Between 1970 and 1975, while working at UAL, he continued to work on his pilot’s licenses, earning his multi-engine and instrument ratings.  He also began to work in general aviation at this time and in 1975 met Jack Riley, the father of aircraft modifications.  The family moved to North San Diego County where Myron worked for Riley Aircraft both as a designer and builder of modified airplanes and as a test pilot.  In 1981 Riley sold several of their products to Air America in Wilkes-Barre and Myron was hired to continue his work in aircraft modifications.  Myron, Diane and their children relocated to Pennsylvania.   While at Air America he developed a high-powered Cessna P210 known as the Javelin. Air America closed in 1986 and at that time he and his partner, Richard Newell, started a small company known as O&N Aircraft Modifications.  The company operated in Binghamton, but a hangar became available at Seamans Airport in Factoryville.  In May 1987, Myron, Richard and two employees opened the doors.  In 1988 they were approached by Allison Engine Company (later Rolls-Royce) and discussed the development of a turbine powered Cessna P210.  Myron jumped in 100% and in 1992, the airplane, known as the Silver Eagle went on the market.    At that time his 9-employee work force grew to 35, the Seamans hangars were doubled, and to this day there are now 110 Silver Eagles flying all over the world.  In 2012 Myron again took on a new challenge and designed a twin-engine Cessna 340 version on the turbine.  The fourth and final modification was recently delivered. Myron began to struggle with his health in 2014.    Although O&N operated for two more years, his absence affected the business and the company closed its doors this year.  Those who knew him- his employees, his customers, and his friends- held him in the highest regard, both for his genius in aviation and his generous and loving personality.

Myron is survived by his wife Diane, his daughter Jennifer and one sister, Marilyn Foerster.  His son, Steven Clifford, passed away in 2011.