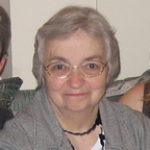 Patricia Louise McElgunn Heffron, 73 of Factoryville joined her beloved husband, Patrick, early Saturday Morning. Mrs. Heffron was a devoted wife, mother, and grandmother; however, most people who knew Patricia know her as an educator. She was born and raised in Baltimore, MD, and attended the Institute of Notre Dame and received collegiate degrees from Marywood University in Scranton.
Patricia was known as a caring and competent teacher of music, reading, writing, and elementary education. She was the Baltimore County Teacher of the Year in 1972. She created fond memories during her time as an assistant librarian at Keystone College in the 1980’s. Her true mark was left on many in our community as a teacher in the Lackawanna Trail School District.
She was a talented pianist and musician, playing many instruments with proficiency. She taught Vacation Bible and Sunday School at Our Lady of the Abingtons Church. Patricia also wrote a book entitled ‘The Teaching Manual of Character Education.’
She was proceeded in hear death by her beloved husband Patrick, her Mother Katherine Kennedy McElgunn List, her Father John Patrick McElgunn, her sister Katherine Kennedy McElgunn, I.H.M., and her niece Leah Christine McElgunn. She leaves behind her brother Dennis and his children Kay, Dennis, Glen, Angie, her son Brian and wife Tressa, her son Sean and wife Gail, her daughter Megan, and grandchildren Ethan, Benjamin, Ashton, Owen, Ellen, Finn, and Austin.
Pat was a positive, kind, loving bright light. Even if she was in discomfort, she always took the time to thank her caregivers and those around her for their help. She made the best out of every day, and encouraged all around her, especially her students, to do the same. She was the most self-less, kind, caring mother and grandmother, and friend.
Pat wishes to extend a special thanks the staff at Golden Living in Tunkhannock, Guthrie Hospice, Dr. Christopher Andres, MD, Brian Petula, Esq., Andy and Tairin Wilson, and Elizabeth Firestine for their kindness and care during the past year.
Mass of Christian Burial at Our Lady of the Abingtons on Tuesday, January 6, 2015 at 11:00 AM with Father Thomas Petro. Friends may call at the Anthony P. Litwin Jr. Funeral Homes, Inc. 33 Reynolds St. Factoryville Monday, January 5, 2015 from 5:00 PM until 8:00 PM. Interment will be at the Evergreen-Woodlawn Cemetery, Factoryville.