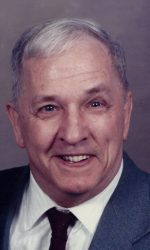 Richard E. Darling, 90, of  Nicholson, passed away at the Golden Living Center Scranton on July 9, 2016.
Richard was born Nov. 10, 1925, in Mansfield, Pa. the son of the late Floyd and Lydia Stevens Darling.  He was married to the late former Bernice Youells and a graduate from the Rush High School.  Richard was in the Army/ Air Force and served during WWII
Richard enjoyed spending time with family and witnessing for the Lord.
In addition to his parents, Richard was preceded in death brothers; Raymond, Robert, Willard Darling, daughters Joyce Ridall and Jean Mueller.
He is survived by his son Richard II and his wife Karen of Retta; daughter Jane Sherman of Tunkhannock, and Sandra and husband James Bartels of Retta; brothers Edward Darling, N.Y. and Gordon Darling, sister Ruth and Husband Dick Morris of Athens, sister in law Josephine Darling, KY and son-in-law Ernie Ridall of Laceyville and Harold Mueller of Elmira, N.Y.  He is also survived by numerous grandchildren, great grandchildren, and great-great grandchildren.
A memorial service will be held at the Retta United Methodist Church, Retta on Sat, July 16th, at 11am with his son Richard Darling II officiating.
Friends may pay their respects from 10 a.m. until the time of the service at the church.
Interment will be private at the convenience of the family at the Retta United Methodist Cemetery.
The family would like to thank the Golden Living Center staff for their care and kindness.
In lieu of flowers, memorial donations may be made to the church of the donor’s choosing.
For online condolence visit www.aplitwinfuneralhomes.com