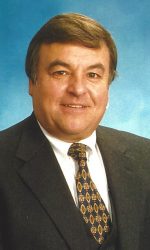 Richard David Pencek, 72, of Benton Township, died on Monday, March 6th surrounded by his family. He was born in Scranton on September 18, 1944 and he was the son of the late Jack and Anna Janosky Pencek.

Richard was a graduate of Benton High School where he was voted Mr. Athlete his senior year. He attended Keystone College and earned a degree from Penn State University. He was a member of the St. Paul’s Lutheran Church in Tunkhannock. He married the love his life, Carolyn Carlson on July 10, 1971. Richard was the owner of Creative Planning Ltd.

Richard cherished the time he spent with his family, especially his grandchildren. He enjoyed traveling with his wife, hunting and fishing, and was an avid Penn State fan.

The family would like to thank Dr. Richard Weinberger, the medical staff at Penn University and Fox Chase Cancer Center, as well as the nurses and staff from the Hospice of the Sacred Heart.

A memorial service will be held Sun. at 3pm from the Anthony P. Litwin Funeral Home 33 Reynolds St. Factoryville with Pastor Murray Brindle of the St. Paul’s Lutheran Church officiating. Friends may call from 12 noon until the time of the service. Interment will be private at the convenience of the family at Chase Cemetery, Fleetville. In lieu of flowers, memorial contributions may be made to the St. Joseph’s Center in Scranton, PA or St. Paul’s Lutheran Church in Tunkhannock, PA.