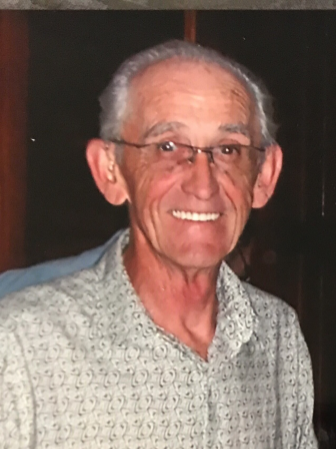 Richard William DeHaut, 75 of Tunkhannock, PA passed away on March 13, 2018 after his battle with pancreatic cancer. He was born on July 13, 1942 in Wilkes-Barre, PA, son of the late William DeHaut and Marion DeHaut (née Jones). Richard was a 1961 graduate of Meyers High School, Wilkes-Barre, PA. A veteran of the U.S. Air Force, he was stationed in England where he met and married his wife Patricia Lodge in her home town of Chelmsford, Essex.

Surviving are two daughters: Gizelle Niggli, spouse Rich Niggli, Colleen Kulick, spouse Robert Kulick, and four grandchildren: Richard Niggli, Michael Niggli, McKenna Kulick and Kamryn Kulick. For over 25 years  Richard was employed by the Boilermakers Union Local 13 as a welder. Many happy times were spent with his four grandchildren when they were growing up; he loved them dearly. He loved to hunt, fish, ride his Harley, and ballroom dance with his wife. The last few years he and his wife enjoyed driving their RV down south. Everyone who knew Richard was familiar with his passion for building and repairing anything that others deemed unfixable and would meet each job as a challenge.

In lieu of flowers, memorials may be made to Hospice of Sacred Heart in Scranton, for whom a big thank you is given to all of the staff there.

A memorial service will be held on Saturday, March 17th, 2018 at 12 noon at the Harding-Litwin Funeral Home 123 W. Tioga St. Tunkhannock, Pa.  A visitation will be held from 11am until the time of the service.