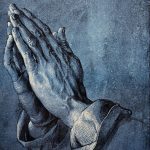 Robert (Bud) Swartz, 100, of Falls, Overfield Twp. died Sunday at the Jewish Home of Eastern Pa, Scranton. He was born in Mill City on Jan. 28, 1917 and he was the son of the late Jasper and Althea Ross Swartz.  His wife was the late former Drusilla Raub who passed away in 2014, and they were married for 74 years. He was a member of the Mill City Assembly of God Church for many years and attended the Osterhout Bible Church, Tunkhannock.

In addition to his parents and wife Robert is preceded in death by: brother Ray Swartz, and a sister Clara Mathers.

Robert is survived by two daughters Carole Heydon of Falls and Barbara Reynolds of Dunmore, and a brother Norman Swartz of Sayre; three grandchildren and five great grandchildren.