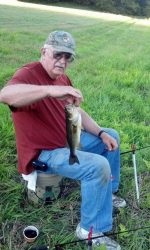 Born at home in Hallstead, PA., on July 19, 1937. He was the son of the late Leon J. and Mabel E. Stevens Conklin. He was a tank driver for the US Army at Fort Wainwright, Alaska. Robert and his brother Carl had Conklin Brothers Construction, then went on to work at SCI Rockview State penitentiary, teaching inmates carpentry.

Preceded in death beside his wife and parents are his four sisters Sylvia Colvin, Bea Frey, Mae Barnes and Betty Gennarelli, and his two brothers, David and Leon Conklin.