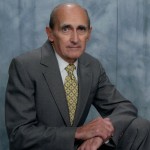 Robert Carl Fitch, Sr, 79, of Tunkhannock, passed away on Feb. 25, 2015 at the Golden Living Center Tunkhannock.  He was born in Tunkhannock on Nov. 30, 1935 the son of the late William and Amelia Allen Fitch.  Robert was a 1954 graduate of the Tunkhannock High School and he was married to the late former Helen Mae Lutwyche who passed away in 2011.  Robert was a Tool and Die Maker and was employed at Quality Metal Products where he was a true master of his trade.

Robert was a member of the United States Hang Gliding Association and he was a pioneer of the sport.  His fledgling flights began in 1975 and as the years progressed he mastered the sport, flying from and above Avery, Forkston and Miller Mountains, with thrilling cliff launches from Wyalusing Rocks over the Susquehanna River.  In 2007 he and his wife moved to Ohio to be near their son’s family, and at the age of 72 flew his hang glider with perfection.  For those who knew him, it would be easy to agree, that he was a man of his word and a relentless giver.

In addition to his wife and parents Robert is preceded in death by brothers Albert and Donald Fitch, and a sister JoAnne Fitch.

Funeral service will be held Sat. Feb. 28, at 11am from the Harding-Litwin Funeral Home 123 W. Tioga St. Tunkhannock.  Friends may pay their respects from 10am until the time of the service.  Interment will take place at a later date at Sunnyside Cemetery.  For online condolences or directions visit www.aplitwinfuneralhomes.com