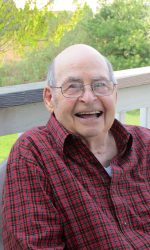 Bob served in the Army in Germany during the Korean War as a tank commander. He enjoyed camping, boating, fishing, bowling, and playing video games, especially with his grandchildren.

In addition to his parents Bob is preceded in death by his brothers John, Jr. and James Enwright, a son David Enwright, and an infant daughter.

A memorial mass will be held at 7pm on Monday June 13, 2016 at the Harding-Litwin Funeral home 123 W. Tioga St. Tunkhannock.  Friends may call from 6pm until the time of the service.  For online condolences or directions visit www.aplitwinfuneralhomes.com.