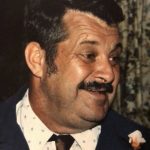 Robert P. “Bob” Swetter, 78, of Springville was called home, surrounded by loved ones, on Wednesday, September 16, 2020, at Geisinger Wyoming Valley Hospital. Bob was born on June 20, 1942, in Endicott, NY. He was the son of the late Phillip and Rita Gifford Swetter.  Bob married his high school sweetheart, the former Anita Mosier, and spent 59 years as the most adoring and devoted husband. He was also a loving father, brother, grandfather, and a friend to many.

Bob was employed at Clarks Summit State Hospital for 25 years. He served in the U.S. Army for 8 years and was a member of the Moose Lodge #1276, 4H, and the Black Walnut American Legion. He enjoyed many things in life, including, fishing, bowling, hunting, camping, softball, polkas, auctions, and spending time with his beloved grandchildren.

In addition to his wife, he is survived by his children: Pamela (John) Phillips of Springville, Lonnie (Laura) Swetter of New Milford, Cyndi (Gene) DiGiacomo of Lake Winola, Bobby Jo (James Jr.) Finkler of Dalton, and Amy (Richard) Shrewsbury of Springville; as well as, 11 Grandchildren, 10 great-grandchildren, 4 sisters, and several nieces and nephews. All who love him dearly.

In addition to his parents, he is preceded in death by a son, John Phillip Swetter.

Services will be private at the convenience of the family.  Memorial contributions may be made in Robert’s memory to the Black Walnut American Legion #328, Old Rt 6 Laceyville, PA 18623.