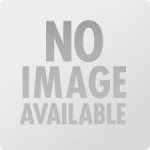 Roger G. Ayers, 89, of Dalton passed away Saturday at Geisinger CMC. He was born in Newton on Oct. 25, 1924 the son of the late Elmer and Fay Avery Ayers. He married Mary Pasmeg Johns and they would have celebrated 47 years together this coming July. Roger worked his entire life as a 3rd generation Painter with the Railroad. Roger was an active member of the Dalton Fire Company since 1950 and held the offices of President and Fire Chief. He was a very dedicated member. In addition to his parents, Roger is preceded in death by a sister, Ramona Britton. In addition to his wife Mary, Roger is survived by daughters; Lucille Myers and husband Bill of Clark Summit , Jackie Zurowski and Bonnie Ayers of Nazareth, son Jeffrey K. Ayers of Northampton, brother Elwyn Ayers of Charlotte, NC sister Marilyn Blardone of Spring Hill, Fl., and brother in law Kennard Britton of Factoryville. Five grandchildren, one great grandchild and many nieces and nephews. Services will be private at the convenience of the family. In lieu of flowers memorial contributions may be made to the Dalton Fire Company 109 S. Turnpike Rd. Dalton PA 18414. For condolences visit www.aplitwinfuneralhomes.com