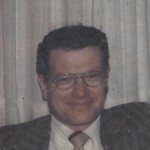 Share Print
Roger Alan Benson, 78, of Tunkhannock, died Monday at Hospice of the Sacred Heart, Dunmore. He and the former Barbara Lazarus were married for 50 years on May 28.

Roger enjoyed riding motorcycles with the group that rode together and working on them. He loved being outdoors in the winter plowing snow with the 4×4 and mowing in the summer, and especially helping the neighbors who could use a hand with those chores. He enjoyed teaching his sons how to ride and how to work on the motorcycles.

He was also preceded in death by his son, Michael T. Benson, in 2002; and three brothers, George, Warren and Robert Benson.

Funeral service will be Friday at 1 p.m. from the Harding-Litwin Funeral Home, 123 W. Tioga St., Tunkhannock. Interment will be held at a later date at the Sunnyside Cemetery.

Friends may call Thursday, 7 to 9 p.m., at the funeral home. For online condolences or directions, visit the funeral home website.
– See more at: http://www.legacy.com/obituaries/thetimes-tribune/obituary.aspx?n=roger-alan-benson&pid=180255415&fhid=7899#sthash.DNTPHS21.dpuf