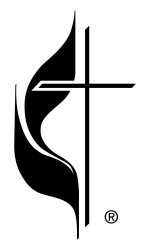 Ruth Heitsman Lasco, 98, of Tunkhannock, died Friday, Nov. 18, 2016 at her home surrounded by her family and Laura Kirk.  She was the wife of the late Stephen Lasco and they were married for 67 years.

She was born on March 26, 1918 in Centermoreland, Pa. and she was the daughter of the late Clarence and Elizabeth Young Heitsman.

She was a lifelong member of the Tunkhannock United Methodist Church, and she was a member of their choir.  She was a graduate of the Dimock High School. Ruth enjoyed knitting, sewing and craft-making. At one time, she made clothing which she donated to under-privileged children.

In addition to her parents and husband Ruth is preceded in death by a son Richard Guy Lasco,  in 2005, and a grandson, Kevin Richard Lasco, three brothers George, Oscar, and Robert Heitsman and a sister Carol Townsend.

Private funeral services will be held at the convenience of the family.

Memorial contributions may be made to the Tunkhannock United Methodist Church PO Box 447 Tunkhannock, Pa. 18657.