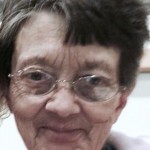 Sally E. Stankavage Keithline, 67, of Tunkhannock passed away at the Regional Hospital of Scranton Tuesday evening. She was born Feb. 24, 1947 in Meshoppen and she was the daughter of the late John Nelson Deubler and Esther Thomas. She was employed at Shadowbrook Inn and Resort as a housekeeper. Sally was married to Andrew Stankavage for 18 years.
Sally enjoyed crocheting, playing the lottery, and playing the slots at the Mohegan Sun at Pocono Downs.
In addition to her parents Sally is preceded in death by her daughter in law Barbara Keithline, two son in laws Nathan Hall and Michael Farr, granddaughter Samantha “Marie” Hall, and two great grandsons Tony Barber, Jr., and Brendon Anderson.
In addition to her husband Andrew Sally is survived by her three daughters Amy and Shane Landry of Tunkhannock, Theresa and Mark Brewer of Meshoppen, and Jacqueline Hall of Monroe Twp., a son Richard and Marion Keithline of Tunkhannock, and three sisters Nancy and James Crawford of Factoryville, Judy and John Heisler of Newell S.D., and Katie and Ted Davis of Binghamton, and several grand and great grandchildren.
Funeral services will be held Saturday at 5pm from the Harding-Litwin Funeral Home 123 W. Tioga St. Tunkhannock with pastor Charlie Bishop of the Elk Lake Community Church officiating. Friends may pay their respects from 3pm until the time of the service. In lieu of flowers memorial contributions may be made in the family’s honor to help with final expenses. For directions or online condolences visit www.aplitwinfuneralhomes.com