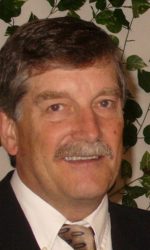 Born September 13, 1949 in Meshoppen to the late J Stark and Jennie Jenkins Bartron. He was a 1967 graduate of Tunkhannock Area High and School and 1969 graduate of Penn State Ag program.

After completing the program at Penn State, he came back to Tunkhannock to work at the family business, Bartron Supply Inc. He quickly settled into his role of salesman. In 1979, he and his wife, Jane, took ownership from his parents where they worked side-by-side until their retirement. He won many awards and accolades from John Deere and Bobcat during his tenure.

When not working, Stark enjoyed league softball. During the peak of his playing, he built 2 softball fields and a concession stand behind Bartron Supply. Many Tuesday night games and weekend tournaments were played there. Later he donated the same land that would host the revival of the Wyoming County Fair before it moved to its current location in Meshoppen.

Stark was active in Kiwanis Club, acting as president in 1980 and later honored with the Hixon Award. He was also a member of Triton Hose Co, Pennsylvania Farm & Power and Tunkhannock United Methodist Church,

Most Saturdays in the fall, you would find him either at Beaver Stadium or watching his beloved Nittany Lions. When not watching Penn State football, you’d find him with his dogs, flying, or at his cabin.

Stark’s family would like to thank Hospice of the Sacred Heart for the kind and compassionate care.

A memorial service will be held at 11am Friday from the Harding-Litwin Funeral Home 123 W. Tioga St. Tunkhannock.  A viewing will be held Thursday from 4-7pm at the funeral home.  Interment will be private at the Sunnyside Cemetery.