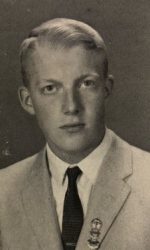 Tom was a 1960 graduate of Tunkhannock Area High School. He ran a dairy farm and long hauling truck company. He enjoyed designing and making machinery, buildings (barns, houses, etc.) and woodworking. His love of music and reading has been passed down to his children. Designing the “Stairway to Heaven” was his latest project.

Beside his parents he was preceded in death by a granddaughter Kayla Anne Brown.

Services will be private and at the convenience of the family. Arrangements by Harding-Litwin Funeral Home 123 W. Tioga St. Tunkhannock.