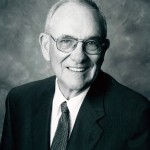 Thomas Willard Davis, 82, of Factoryville died Wednesday in New Smyrna Beach, Florida. Born in Scranton on September 5, 1932, son of the late Willard Kenneth and Esther Jones Davis. He was married to his wife, the former Charlotte Moser, for 60 years. He graduated from Factoryville High School, Keystone Junior College and received a BS degree in Economics from the University of Pennsylvania. Tom Davis was a partner and owner of what is now known as DGK Insurance and Investments until his retirement in 1994. DGK Insurance was originally started by Mr. Davis’ grandfather in 1917 when it was called Davis and Jones Insurance Agency. He was a 50 year member of the Factoryville United Methodist Church. A strong community participant, he was active in the Men’s Civics Club and Factoryville Lodge 341. He was a councilman for the Factoryville Borough Council and a member of the Wyoming County Planning Commission. He was on the Board of Directors of Tyler Hospital and a long term Trustee of Keystone College. He is survived by his wife Charlotte Davis, his daughters Michele Davis of Celebration, Florida, Beth O’Malley and husband Steve of Factoryville and Lisa Maria and husband Darren of Factoryville. He has a son James Davis also of Factoryville. His nine grandchildren include Caitlin, Delia and Shannon O’Malley, Brian, Ethan and Mitchell Davis and Mathew, Peter and Samuel Maria. He also has a great grandchild Aiden Mecca. He is survived by a sister, Judy Ace Stacey of Murfreesboro, Tennessee. There is a viewing Sunday, March 8 at the Anthony P. Litwin Funeral Homes, Inc. 33 Reynolds Street, Factoryville from 3:00 to 6:00 PM. A church service is scheduled for Monday at 11:00 AM at the Factoryville United Methodist Church with Pastor Lori Robinson officiating. In lieu of flowers memorial contributions may be made to the Factoryville United Methodist Church Memorial Fund, 162 College Avenue, Factoryville PA 18419, Keystone College, One College Green, PO Box 50 LaPlume, PA 18440 or the Factoryville/Clinton Township Park and Rec., 161 College Avenue, PO Box 277, Factoryville, PA. 18419. Directions/online condolence please visit www.aplitwinfuneralhomes.com