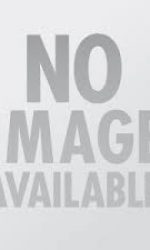 Vivienne F. Shupp, 81, passed away Aug. 20, 2016 at the Wilkes-Barre General Hospital.  She was born on Sept. 9, 1934 and she was the daughter of the late Harry and Margorie Sick Fassett.  She was married to Glenn “Ace” Shupp for the last 6 years.  She worked for many years as a secretary in the Tunkhannock school district

Vivienne was a member of the Osterhout Community Bible Church and enjoyed cookbooks, knitting, reading, and playing cards.

In addition to her parents she was preceded in death by her son Solomon Boice and 3 infant children.

Memorial contributions may be made to the Osterhout Community Bible Church 327 SR 92 South Tunkhannock, Pa. 18657.