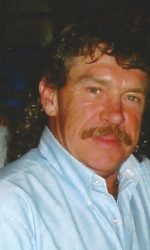 Friends and family are invited to the viewing from 3-5pm Sunday followed by a funeral service at 5pm officiated by Rev. John Shaffer at Harding-Litwin Funeral home, 123 W. Tioga St. Tunkhannock.  Followed by a burial Monday 1pm at Sunnyside Cemetery.

Wayne B. Dickinson, 67, of Lemon died on Tuesday May 31.  Born on Dec. 9, 1948 in Tunkhannock he was the youngest of five children born to the late Herbert and Leathea (Bennett) Dickinson.  Raised in Lemon on the family farm, he was a graduate of Tunkhannock High School class of 1966.  During his senior year he enlisted in the U.S. Army and served for three years stationed in Coo Chi, Vietnam as a medic in a battlefield hospital.  He was honored for meritorious service at the Veteran’s of the Vietnam War Monument in Clarks Summit along with fellow service men in our area.

Wayne had a great appreciation for photography and was awarded a national gold medal for his photograph of the Vietnam Memorial Wall in Washington D.C.  Following his honorable discharge he attended the Johnson School of Technology and started his career with the Boilermakers Brotherhood local #13; having received his 45 year pin in Dec.

Known to all his fellow welders as “Fluffy”,   Wayne spent many years at several nuclear power plants including Berwick and Three Mile Island, among others before his retirement.

Wayne was a true fun lover and lived life to the fullest.   He was well known as a giver and will be remembered for being there for friends and family.   He was always known as the “Cool Dad” when his children were young, among all their friends.  Wayne loved riding his Harley Fatboy, he will be missed by everyone who came in contact with him for his generous nature and quick wit.   We love you and miss you so much, and you’ll be forever in our hearts.

In addition to his parents he is preceded by brothers; Donald and Harold and sister Shirley Daniels and husband Arthur.

Wayne is survived by his loving wife Tami, his children; Angela Boettcher and husband Rob, of Brownstown, Pa., daughter Tracy Wells and husband Bobby of Newton Ransom, granddaughter Hannah Boettcher, brother Raymond and wife Kandi of Missouri, many sisters in law, and nieces and nephews.

Friends and family are invited to the viewing from 3-5pm Sunday followed by a funeral service at 5pm officiated by Rev. John Shaffer at Harding-Litwin Funeral home, 123 W. Tioga St. Tunkhannock.  Followed by a burial Monday 1pm at Sunnyside Cemetery.