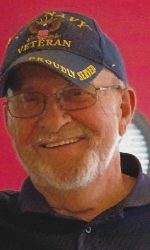 Share Print
Wendell Williams, 79, of Tunkhannock passed away at his home with his wife and family on Dec. 6, 2022.  He was born in Scranton on March 4, 1943 and he was the son of the late Wendell and Mildred Dunstan Williams.  He was married to the former Diane Mulka for 28 years.  Wendell was employed as an electrician for Procter and Gamble.

In addition to his parents he is preceded in death by his sister in law Eva Williams, brother John Galacci, and a step son David Nicodem.

A visitation will be held Monday Dec. 12th at the Harding-Litwin Funeral Home 123 W. Tioga St. Tunkhannock from 2-4pm. A memorial mass will be held Tuesday Dec. 13th at 10am from the Saint Stanislaus Polish National Catholic Church 529 E Locust St, Scranton, PA by Prime Bishop Anthony Mikovsky.  Interment will follow mass at the parish cemetery in Moosic.  For online condolences or directions visit www.aplitwinfuneralhomes.com