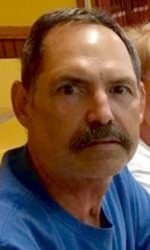 Share Print
William Miner, 58, of Mehoopany passed away at his home on Oct. 27, 2016.  He was born in Newark, NJ. on May 22, 1958. He was the son of the late Richard and Bernice Cook Miner.  He married Audrey Smith of Laceyville on April 11, 1977.  William worked at P&G as a Tech 4 in Bounty and retired after 20 years of service and later was self-employed as construction worker.
William was a 1976 graduate of Tunkhannock High School and enjoyed riding motorcycles with his wife, woodworking, and spending time with his grandsons.
In addition to his wife he is survived by his son Michael, daughter-in-law Melinda Miner, daughter Randi Miner, grandsons Jacob and Matthew Miner, sister Susan Deubler, and brother-in-law Lonnie Deubler all of Mehoopany.
Funeral services will be held at 7pm Sunday at the Harding-Litwin Funeral home 123 W. Tioga St. Tunkhannock with Pastor Dennis Gray of Compassionate Care Hospice officiating.  Friends may call from 5pm until the time of the service.  Interment will be at the Union Hill Cemetery, Mehoopany on Monday at 10am.  In lieu of flowers, the family would encourage donations to Compassionate Care Hospice Foundation, Inc., 248 East Chestnut Road, Suite 4, Newark, DE 19713. For online condolences or direction visit www. aplitwinfuneralhomes.com