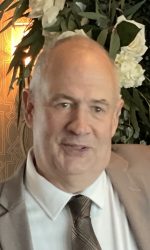 In lieu of flowers, a donation may be made in his memory to the St. Francis of

David attended Lackawanna Trail High School. He then graduated from

130 Brixx in Scranton, serving the community for over 25 years.

David was a devoted father and mentor to his three children, Matthew, David

and Kailey. He coached numerous sports teams and taught them the value of

hard work, giving each of them their first job at his restaurant.

He enjoyed hunting and fishing with his kids, brothers and friends. He was an

avid skier and bad golfer. He loved watching sports and was an excellent

cook. More than anything, he was a proud father and grandfather who

supported his kids in all their endeavors. David was loved and respected by

and daughter Kailey (Matthew); and his grandchildren: Benjamin, Julia,

Meera and Rohan. He is also survived by two sisters, Marilyn Green and

Robert (Susie), and Jeffrey. He is also survived by ex-wife LuAnn Harrington

Jenkins. He was preceded in death by his beloved brother Mark, his brother-

in-law Joseph Green and his sister-in-law Charl Jenkins. He will be lovingly

remembered by his many nieces and nephews.

In lieu of flowers, a donation may be made in his memory to the St. Francis of

Online condolences may be sent at aplitwinfuneralhomes.com