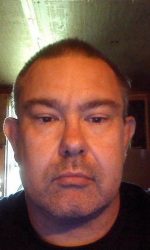 Don S Sanger, 54, of Tunkhannock passed away Friday July 31st, at Geisinger Wyoming Valley medical center. Don was born November 4th 1965 and was the son of the late Margaret Drader and Wesley Sanger.

Don was a graduate of St. Clair high school as well as taking computer classes from Macomb County Community College. He was also certified in basic programming and OS Windows from ITT He could often be found tinkering with computers and electronics as well as out on the range for target practice. He was a World War history buff.  He could name the ships and planes just by looking at them and tell you about the different battles (theaters) he studied this on his own, his father was in World War 2

Memorial Service will be held at the convenience of the family. For online condolences please visit www.aplitwinfuneralhomes.com

In lieu of flowers memorial contribution may be made to the Harding-Litwin Funeral Home 123 W. Tioga St. Tunkhannock PA 18657